Dystocia: The struggle isn’t over after the pull

If you raise cattle you likely know about and have dealt with dystocia, even if perhaps you don’t know it by that name. Calving difficulty. But how dystocia is scored and assessed can prove quite variable. A study published in 2001 (Meyer et al.) looked at over 650,00 calvings in a 12-year period and determined that dystocia rates for heifers and multiparous animals to be 28.7% and 10.7% respectively. Conversely, a NAHMS survey in 2002 reported 3.7% incidence rate of dystocia for multiparous cows. Both studies are dated, but due the respective scope and size provide valuable insight into quantifying calving difficulty. Accurately quantifying dystocia can be further complicated by the intentional observation of calving, which can lead to an increase in aided calving events. With all this considered it is difficult to precisely quantify how frequently dystocia truly occurs. However, observed or not, the occurrence of dystocia is likely markedly higher than initially thought. Without a doubt, it is not difficult to extrapolate that calving difficulties and associated events costs the industry millions of dollars in lost production and mortality. The dams’ that experience dystocia have a greater risk of retained placenta, metritis, and a greater number of days open in comparison to unaided calving events. Heifer calves born requiring the assistance of mechanical intervention or multiple people were found to have significantly increased risk of scours, respiratory disease, and mortality in the first 120 days of life (Lombard et al., 2007).

One of underlying reasons for this observed heightened risk of calfhood disease is likely due to hypoxia – a shortage of oxygen. When a calf from a difficult birth takes its first breaths, it is not only a great feeling for everyone involved, and also thereby ending the period of hypoxia. Symptoms of hypoxic neonates include a weak to absent suckle reflex, difficulty maintaining sternal recumbency (upright), and requiring more time to stand (Dufty and Sloss, 1977). There are a variety of things that can be done to help promote respiration post-delivery including:

After the calf is breathing, the common assumption is that this calf is now equivalent to its contemporaries that were delivered without complication. This could not be further from the truth, seldom is consideration given to what has happened under the surface of that calf, what kind of survival mechanisms were engaged, and what the lingering side effects might be. Metabolically the dystocia calf is not out of the woods after it has been delivered and still has severe life-threatening challenges to overcome. 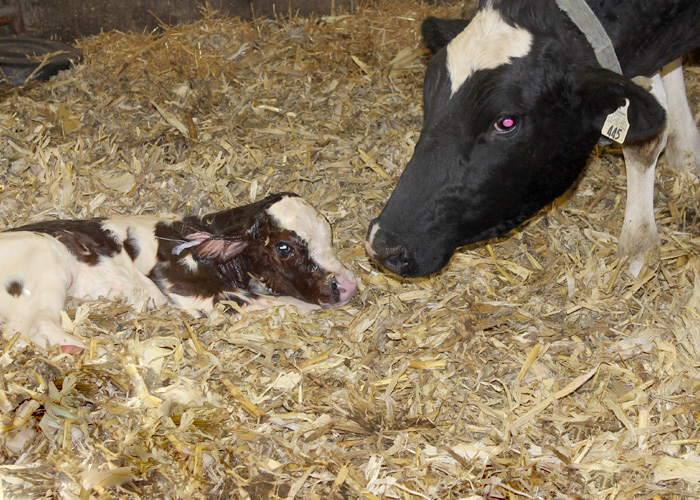 During a normal birth the calf will exit the womb with about 80% O2 saturation of the blood and very quickly progress to 98%-100% O2 following its arrival. The dystocia calf by definition will have a greater amount of time between loss of maternal blood supply and successful respiration, this causes blood oxygen levels to drop. This time gap causes the dystocia calf to enter a state of anerobic metabolism, a side effect of this metabolic pathway is a buildup of lactic acid. It is likely are large portion of this lactic acid is contributed by the respiratory system. The build up of lactic acid causes a change in the blood pH, similar to what could be observed in scouring calves.

Furthermore, calves with lower blood oxygen levels have an impaired ability to absorb colostral antibodies thereby heightening the risk of passive transfer failure. This counters a practice that is often observed on farms – calves that appear weak and lethargic are often given colostrum very quickly following birth in an effort to perk them up. Calves born via normal birth should  achieve sternal recumbency in 2-3 minutes and attempt to stand 15-30 minutes after delivery. These are both indicators that the calf is oxygenating its blood via respiration and ready to intake colostrum. Calves born that experience dystocia likely require longer amounts of time to fully oxygenate their blood due to the deficit created by the prolonged disruption from maternal blood supply and successful respiration. It could also be deduced that colostrum absorption could be improved by slightly delaying colostrum administration, allowing the dystocia calf more time to fully oxygenate. Colostrum absorption wasn’t accounted for in the 2001 Meyer et al study, but could be a leading factor in explaining the heighted morbidity and mortality observed.

The window for optimum colostrum absorption is just 6-12 hours following birth. So, delaying colostrum administration is certainly only for a limited. Allowing dystocia calves time to buffer the acid built up in their blood might not be a luxury they can afford, or have the capability to do, especially for weak, lethargic, or cold calves.

Interventions to help overcome the side effects of this lactic acid build up.

1. Oxygenating the calf via nasal administration of humidified oxygen.
2. Tactile stimulation that simulates the mother licking the calf (similar effect to rubbing a leg cramp).
3. Offer a respiratory stimulant like caffeine (Poulsen KP and McGuirk SM., 2009). This tactic is used in human neonatal medicine to help open air ways and reduce periods of apnea.
4. The administration of IV fluids can also prove beneficial. 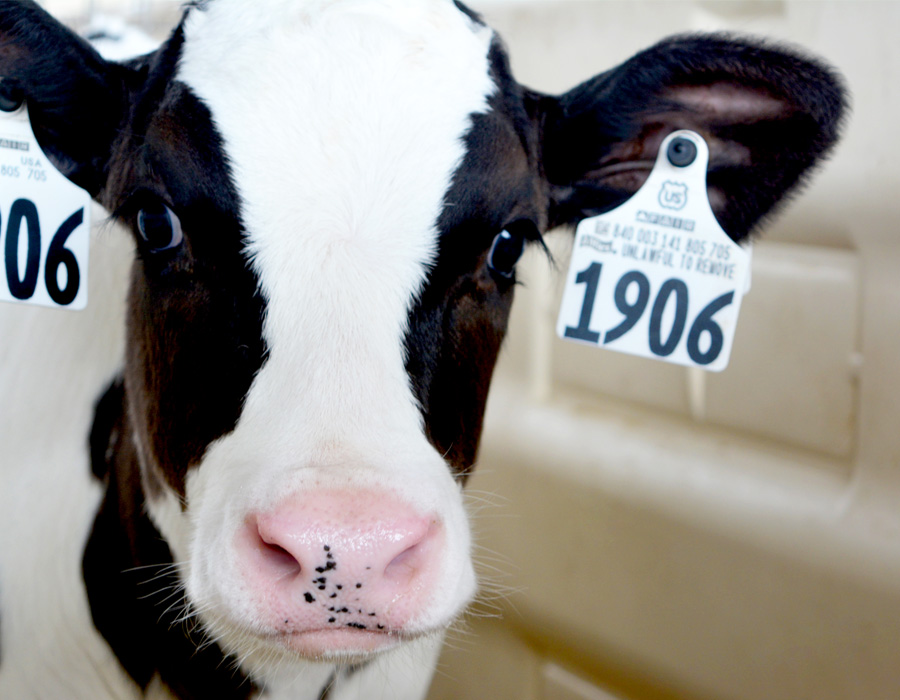 The shared advantage all these interventions hold is that they do not require large volumes of material to enter the digestive tract that could possibly interrupt colostrum absorption. Dystocia is an inevitable part of raising cattle. Much care is taken from genetic, nutrition, and management perspectives to minimize the risk, but it still occurs. In a perfect world dystocia could be quantitatively diagnosed by blood oxygen levels of the calf and intervention determined thereafter. As it is, management must make a visual judgement call in most if not all cases. Calves that survive dystocia need to be celebrated, but also treated with an understanding that they went through a great metabolic challenge. Those calves need more than our common everyday management to allow them to be more than a statistic of morbidity or mortality. Getting the calf to breathe is foremost, but treating the hypoxia-induced acidosis is just as paramount in putting dystocia calves on the road to success.